How the EventSentry SysAdmin Tools Focus on File System Maintenance 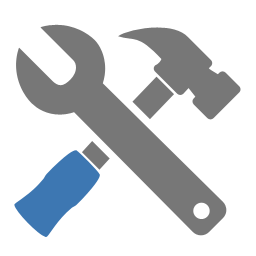 Over the past couple months, we’ve taken time to go through the various EventSentry SysAdmin Tools, one by one, and show you how they can benefit your environment in powerful ways. We’ve talked about the security tools, the networking tools, and the “check” monitoring utilities. As you know, the SysAdmin Tools offer a set of graphical and command-line utilities designed to help you with your daily administrative tasks. These tools are always being honed to provide simple yet powerful functionality.

This month, let’s take a look at the extremely beneficial file-system utilities: ADSList, CheckSum, DirMon, DirectorySize, FileReplace, PurgeTemp, and SuperDel. Here’s what they can do.

ADSList
ADSList scans a folder structure to find any alternate data streams (aka “hidden” data streams). Alternate date streams are a feature of the NTFS file system in which you can hide payload (additional files) inside existing files. The jury is still out about whether malware uses these streams, but it’s always a good idea to make sure nobody has hidden something malicious in alternate data streams, because the Windows Explorer and directory listings don’t show them.

The main purpose of ADSList is to give you a command-line utility that can be run/scheduled on a regular basis to reveal any hidden streams on a server or workstation. The /s option lets you include subdirectories.

CheckSum
CheckSum generates a one-way checksum (error detection scheme) of a file with a configurable algorithm and displays it onscreen. This capability is useful for ensuring the integrity of a file and making sure that it hasn’t been modified. CheckSum not only supports the SHA set of cryptographic hash functions (e.g., SHA256, SHA512), but also less secure hash functions (e.g., MD5).

To display and create a file’s checksum, simply supply the filename as the first argument. Keep in mind that generating checksums of large files (e.g., greater than 100Mb) can take a significant amount of time and CPU time.

The CheckSum utility is also included in EventSentry as an add-on to the File Monitoring feature, which can automatically generate SHA checksums and detect file modifications based on checksum changes.

DirMon
Directory Monitor (DirMon) is a useful troubleshooting tool that monitors a directory (and optionally subdirectories) and displays all file changes in real-time. You simply run it on the command line, and it displays any file activity occurring on a given folder (or subfolder).

DirectorySize
The DirectorySize (dirsize.exe) utility calculates the current size of a directory, including subdirectories, and displays it onscreen. The output shows the number of files and directories searched, and the total size in physical (actual size taken up on the disk) and logical (actual file size) bytes.

DirectorySize will process the current directory if you pass no command-line arguments.

PurgeTemp
PurgeTemp is a new and exciting tool that lets you purge files that are older than a certain number of days. The tool traverses the %TEMP% directory (or a manually specified directory) and deletes files that have not been modified in 120 days (by default). Because it scans the temp folder by default, you can incorporate PurgeTemp into a login script or run it with Task Scheduler to clean up temp files, for example. It’s a great way to keep users’ temp folders small.

You can customize and configure all of PurgeTemp’s parameters, including /t (time in days) and /p (path). When called without arguments, PurgeTemp simply shows the configured temp directory, the number of files in the directory, and their cumulative size.

SuperDelete
SuperDelete (superdel.exe) essentially deletes all instances of a specific file. It parses a directory (including subdirectories) and deletes multiple occurrences of one file.

Suppose you have a thumbs.db file that Windows Explorer creates in every folder containing images, and you want to remove that from every folder on a drive. You can use SuperDelete for that purpose, using the <directory> variable to specify the directory to search (subdirectories are included), and the <fileToDelete> variable to find all occurrences of a file in the directory (wildcards are supported).

FileReplace
FileReplace is a command-line utility that parses a directory (including subdirectories) and replaces multiple occurrences of one template file with a template file of the same name.

This is just another taste of the free, constantly evolving tools available in EventSentry SysAdmin Tools. Give them a try—they’re all free and will help you manage your IT infrastructure more effectively.