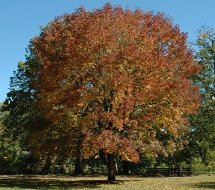 There has been a lot of talk lately about “green” computing, it seems
like every other IT magazine covered this topic over the last few
months.

Since power isn’t free, companies are fortunately interested in saving power for the sake of saving money, if not for the environment as well.

A lot of attention has been given to the power consumption of data centers and how to save money with blade servers and newer processors, but I feel that not enough attention is being paid to workstations, of which there are many more than servers.

Now there are a lot of power-save options available for workstations and software to centrally manage those settings, but how many users are not shutting down their workstations when they leave for the day?

I don’t have the resources to calculate how much power is being wasted every day by computers that are running over night across the US – when they really don’t have to be – but I imagine it’s a good amount.

True, there are some advantages to keeping computers running over night. For example, you might have software and patches pushed to workstations after hours (and we can get around that as well) and it’s always nice to come into the office in the morning without having to wait for the computer to boot up.

If you’re in charge of managing workstations then I recommend that you take a look to see how many workstations are running after most of the employees have left for the day. If you have a lot of idle PCs sitting on the floor sucking power then please read on. 😉

Using third-party tools we can automatically schedule a workstation shutdown using the shutdown.exe utility that ships with Windows XP and Vista. The tool is flexible enough to give users a grace period where they can abort the shutdown. And if you have a software management solution in place that pushes updates to your workstations, then you should be able to adjust the schedule so that the shutdown occurs after the deployment of any packages you might have. You can also limit the shutdown to particular weekdays, for example Mon-Thu only.

If you are using EventSentry to monitor not only your servers but also workstations, then you are lucky and setting this sort of scheme up shouldn’t take longer than 5 minutes.

EventSentry includes the Application Scheduler feature, which allows you to schedule tasks (similar to the task scheduler in Windows) on one or more computers. Simply create a new system health package, add an application scheduler object and create a new schedule. The command line you want to run can be similar to this:

shutdown.exe -s -f -c “To conserve power, this computer will now be shut down. To abort, click START – RUN and enter SHUTDOWN -A” -t 300

This will give the user 5 minutes before the computer will actually be shutdown. Then, assign the package to your workstations and you are set to go.

If you are not using EventSentry then you can also write a batch script and schedule the script to run from the server as well, the shutdown.exe tool supports shutting down remote computers as well.

If you are still scared about shutting computers down, then take a look at the WakeOnLan feature from the EventSentry Web Reports Hardware Inventory. If the web reports are installed on the same collision domain than your workstations, then you can wake up computers (that support the WakeOnLan feature) with the click of a button from there. Or, you can use wakeonlan.exe from the free NTToolkit to accomplish the same thing from the command-line. You could even write a batch script to wake computers up every morning!

I hope this gives you some ideas on how you can save power, save money and conserve the environment with little effort.

P.S.: Don’t forget to tell your fellow coworkers that you will be shutting down their computers at night so that those hard-working individuals won’t be caught by surprise!